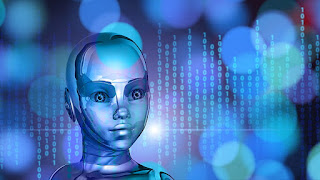 Now, most of you people would think that AI has been discovered recently.  But this is not true at all.  Yes!  You heard it right.  AI was first discovered in 1950.  British scientist Alan Turing is known as the originator of AI, which was the original foundation of AI from 1940 to 1950.

Weak AI: – This type of AI is made in such a way that it can do only a particular task. Examples: Apple’s SIRI and Google assistants are good examples.

Strong AI: – This type of AI is also called general Artificial intelligence. This type of aI system usually has the intelligence of humans so that if you are given any difficult task, then it can easily find its solution.  The Turing test was developed by mathematician Alan Turing in 1950 which was used to know whether computers can also think like humans.

Today’s era is online gaming.  Today’s young generation is running behind online video games.  Friends!  You will be surprised to know that AI is very much used in video games.  Therefore, many times this video game looks very attractive and fun. If you play a video game without AI, you will not enjoy it as much as you will get inside a game with AI.

This will be the world’s first AI-powered car. In the future people hardly have to do any work with their hands.  Can’t believe it!  So, listen to this. Recently, scientists have built a vehicle named Knight Rider which will run completely by AI.  Humans will not need to run it.

“Artificial intelligence” is also used in our smartphones and computers.  The keyboard corrects our mistakes while typing, and also gives a choice of the correct words.

Used in the exploration of minerals, petrol, and fuel. With the help of “Artificial intelligence,” we can do many such things which humans cannot do.  With the discovery of minerals, petrol, and fuel at the depths of the ocean floor, the work of digging in deep mines is very difficult and complex.  There is intense water pressure on the ocean floor.  Therefore, with the help of robots, fuel is discovered.


In the medical field

“Artificial intelligence” is now being used in medicine in the field of side effects, medicines, x-rays, disease detection, investigation, radiosurgery.

AI, helpful or even harmful for humans in the future

Regarding Artificial Intelligence, it is being said that this technique can be helpful or even harmful to humans in the future.  In fact, after getting artificial intelligence, machines will be able to make decisions themselves, and then their dependence on humans will end.  In such a situation, machines can also be harmful to humans!  With this, there can be competition between humans and machines.
Let us know that recently the Facebook team was doing research on Artificial Intelligence, during this time, the two machines started communicating amazingly among themselves.  During this time machines developed a special coding language and started talking among themselves. That means the work that humans can do today, will be done by machines in the future, and that too without the help of humans. In this way, machines can pose all kinds of dangers to humans, which one human being does for another human being today.  This is the reason that along with expectations about Artificial Intelligence, there are also apprehensions.  However, it will only be known in the future whether Artificial Intelligence is effective or harmful for humans.
If You Want To Read Article in Hindi Visit – Skills4earn

Quotes by some great person for AI –

“I imagine a world in which AI is going to make us work more productively, live longer, and have cleaner energy”. – Fei-Fei Li, Computer Science Professor at Stanford
“By far, the greatest danger of Artificial Intelligence is that people conclude too early that they understand it”.– Eliezer Yudkowsky, AI Researcher